How we fought American Airlines and won 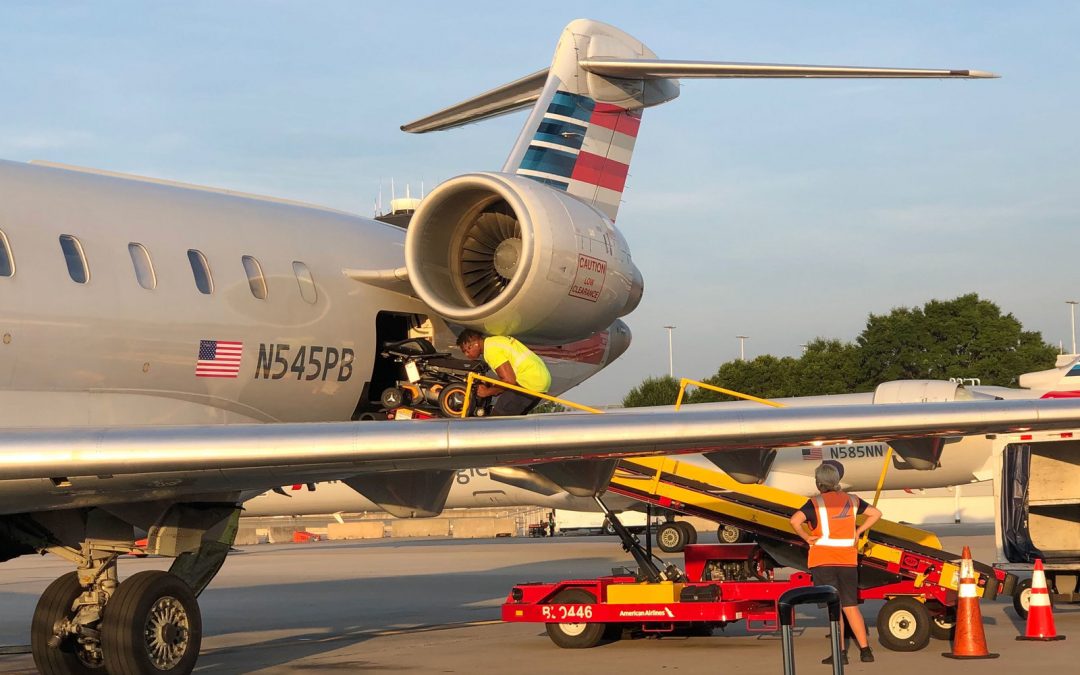 Over the past few weeks we have worked hard to rally together after American Airlines announced a new discriminatory policy that banned wheelchairs weighing more than 300lbs from their aircrafts. After hearing this news, I was outraged. As a person who loves to travel, and as a wheelchair users, and also just as someone who believes in basic equity for people with disabilities, I couldn’t believe American Airlines, the largest airline in the United States could introduce such a discriminatory policy in 2020.

In my research I soon learned that that prior to COVID, roughly 30 wheelchairs were being damaged a day in the US and that American Airlines has often had one of the worst rankings of airlines that damage or lose wheelchairs. In the most recent report from the Department of Transportation, for July, American mishandled 1.95% of the wheelchairs and scooters it carried, ranking 16th of 17 airlines.

Like many, I have personally had my wheelchairs damaged or totaled. I have faced extreme discrimination, emotional trauma and physical harm. I quickly took it to social media and was met with the same feelings from people everywhere. You all agreed this was ableism. We all agreed this policy could not stand.

I am outraged to hear that @AmericanAir has created a new policy banning people using power wheelchairs from flying. This is straight up discrimination. https://t.co/fc5fnnd3A9

How about you transport wheelchairs safely & not penalize & discriminate your disabled customers @AmericanAir? ✈️♿️

"She told me that the airline had implemented this new policy because they were damaging a large number of power wheelchairs loading them onto regional aircraft," https://t.co/qKF520pmZR

A weight limit on power wheelchairs discriminates against persons with #disabilities and limits access to travel. @AmericanAir can and should do better. https://t.co/UHHtfywVkl

EVERY time I have ever flown with my wheelchair, it’s been seriously damaged. https://t.co/1FpTYDkgm7

Word was getting out, tweets were going viral. We needed to gather all our collective stories in one place and demand justice. So we started a petition.

Our demands were simple:

Our collective advocacy has paid off

Within 3 weeks we collected over 8,470 signatures, shared comments and stories of our collective outrage, and created significant amplification on social media. We worked together, stayed focused, and our efforts have paid off. Today we are celebrating victory.

American Airlines has officially reversed their policy -ending the weight limit -and released the following statement:

“After close consultation with our safety team and our aircraft manufacturer partners, we’ve eliminated the conservative weight limits that temporarily impacted our ability to carry some mobility devices and wheelchairs on our smaller, regional aircraft. Those limits have been replaced with guidelines, approved and reviewed by the FAA, that better reflect the ability of the cargo floor to support mobility devices and wheelchairs based on their distributed weight. We’re confident that the modifications we’ve made will allow us to safely accommodate customers’ wheelchairs and mobility devices on all of our aircraft.

We apologize for the confusion this has caused, and we value the feedback and outreach we’ve received from our community partners and customers in recent weeks. We are committed to learning from this as we redouble our focus on improving the travel experience for our customers with disabilities.”

It is moments like this that truly demonstrate how powerful the disability community can be when we work together to end discriminatory and ableist practices! A huge thank you to every single person who signed and shared this petition. Also a big thank you to John Morris who first raised this issue after being denied from taking a flight in October and continued to update along the way, and to Joe Shapiro at NPR for making the story public.

We are far from being able to say that travel is now inclusive and accessible to people with disabilities, and far from having any airline that is actually properly accommodating, but today we got one step closer. Let’s use wins like this to showcase the fiery force that is the disability community. We must educate the world so these wrongs don’t repeat!